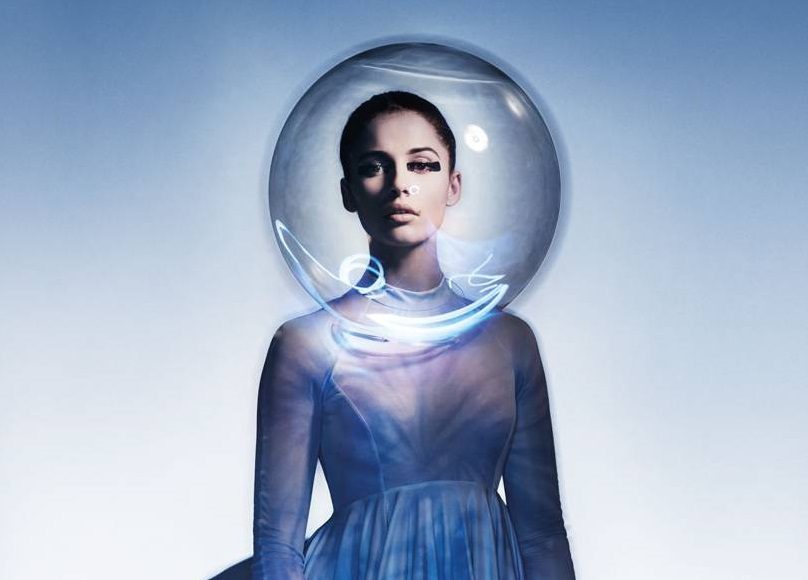 Where people including me was expecting Lady Gaga on the Vogue magazine cover this April. Edward Enninful surprises us all with Aladdin’s jasmine ‘Naomi Scott’. He chose the actress as his latest cover girl — a welcome change from the usual expectations.

April 2019 issue of British Vogue on newsstands Friday March 8th. Incredibly grateful, entirely stunned, still doesn’t feel real! Thank you to @Edward_Enninful, who slays everything he touches, @nick_knight who is a living legend, @kphelan123 who is class defined, @britishvogue and the huge number of people who have helped to make this possible. Photographed by: @nick_knight Styled by: @kphelan123 Make-up: @peterphilipsmakeup Hair: @sammcknight1 Nails: @MarianNewman Set design: @Tomotattle

Now let’s get to know about some facts about her:

Naomi Scott was born to a British father & a Gujarati Indian mother in London. In the year 2016, she showcased her Indian values through an Instagram photo posted to her followers, showing off the traditional Indian jewelry.

She is a Fashion Enthusiast

Apart from being an actor & singer, the 24 years old is also a fashion enthusiast. She adores British labels such as Victoria Beckham, Stella McCartney, Burberry, and J.W. Anderson. No doubt Edward chose her as the Vogue magazine cover star.

She is a Wife

Yes! Scott is not single & married to an English footballer Jordan Spence, who plays for Ipswich Town. The couple tied the knot in 2014, after four years of dating & that too in the same church where a London-based music manager noticed her while performing a cover of Alicia’s “If I Ain’t Got You.”

She’s Played One of Our Childhood Favorites

John Papsidera, the casting director cast her in a co-leading role as Kimberly Hart, the role of Pink Ranger in the Power Rangers movie in 2017.

Really enjoyed supporting the lovely @fifirong. What a great show! Thanks to everyone who came out. Goodnight x

The Vogue magazine cover star was a member of & used to sing at the Bridge Church Youth Band. She began her career as a singer & I can’t wait to hear her sing again!

But I also can’t wait to see how she will boost up a whole generation of British girls and young women, who will admire her story, her fashion, her style & work ethic.