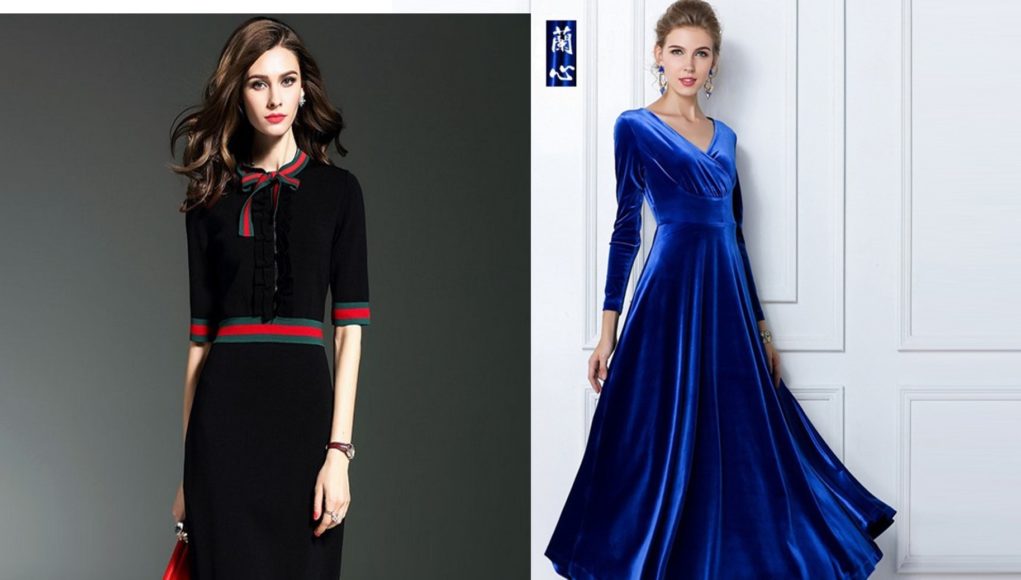 Every day is a fashion show and world is its runway.

VELVET DRESSES ARE BACK!

Velvet has that charm and class in it. It can make any dress, footwear or bag look just outstanding. And here velvet dresses are back in fashion. One fabric whose feel and touch is so mushy. Velvet dresses is a kind of woven tufted fabric in which the cut threads are distributed in an even manner thus giving a very soft and smooth feel. Velvet fabric is traditionally made with silk, in which cotton is used only occasionally.

It is widely believed that Velvet was first introduced in Baghdad around 809 A.D., by Kashmiri merchants who travelled there. The medieval poet – Ziryab introduced Velvet to the Al-Andalus Empire(parts of modern day Spain, Portugal, Gibralter, Andorra and France). During the Mamluk Sultanate era (1250-1517 A.D.), the city of Cairo was largest producer of Velvet.

Since a long time, velvet has come to be associated closely with royalty across continents. Velvet clothing, being visually gorgeous, creates a sophisticated and upper crust look. With their sheer rich look, dresses and other clothing made from Velvet are the preferred choice for formal parties, weddings and festivals in India. The accessories too look royal in velvet, to name a few : hand clutches, shoes, kurta and many more in the list.

Designer’s have come back with there new innovations with this fabric as during winters it is one of the most lovable fabric.