Looking for summer hairstyles that can help you beat the heat while also setting you apart from the rest? We’ve got you covered with the long and short of it here!

There’s a lot you can do with your medium-length to long hair other than chopping it away to be able to brace the summer heat. 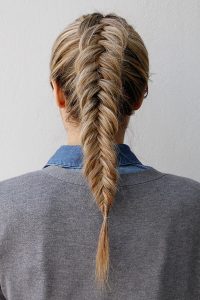 Secure hair loosely at the nape of your neck using a hair tie.Divide hair into two sections down the back.Take a small outer piece of one of the two sections of your hair. Keep your crossed piece tight or hair may start to come out once you’ve finished braiding.Repeat this step on the other side and continue alternating between sides till you reach the end. Secure the end with a hair tie and cut loose or carefully remove the hair tie at the nape. For an intricate and neat-looking fishtail, take smaller sections.

Gather hair at the front of your head and separate into three parts. Start forming a traditional braid, and after a few crosses, work in new hair by taking sections from each side of the head. Again, grab smaller sections for an intricate braid. 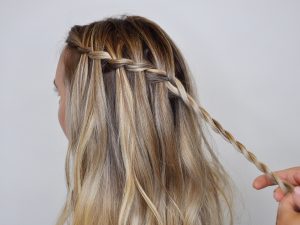 The waterfall is braided along the hairline, gradually descending towards the back of the head. To create a waterfall braid, start with taking three small sections of hair near the hairline. Taking the section closest to the hairline, cross it over the middle one, leaving this hanging to create the waterfall effect. Cross the third section over the new middle section, repeating the braiding sequence till you reach desired braid length. Tie the rest of your hair into a simple braid, bun or pony. 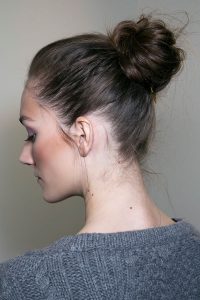 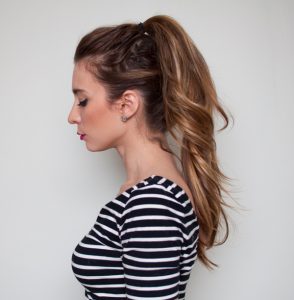 This is just a trick hairstyle to make your  ponytail look fuller and longer. Start with gathering most or half of your hair, depending on overall thickness, into a ponytail at the crown. Secure firmly in place. Gather the rest of the hair into a smaller ponytail below the first ponytail. Let the top ponytail fall over the second. To increase volume, backcomb the top ponytail.

Tie a small portion of your hair at the top of your head into a ponytail; flip this forward. Take two sections from the side of your head and tie into a second ponytail beneath the first. Flip back the first ponytail and divide into two, taking them on the sides, and flipping the second ponytail forwards from between the two sections. Secure both with a hair tie. Pull two sections again from the sides, merging them with the first ponytail. Repeat steps such that the second section merges with the fourth. Finally, gather hair into a ponytail.

Check out these short haircuts to keep cool in the scorching heat.If you’ve decided to chop off your tresses, try out one of these hit short haircuts and turn heads this summer!

In a bob cut, the hair is cut straight around the head at about jaw-level. Variations include hair cut at the level of the ears or just below the ears. You can have a longer bob with hair grazing the shoulders. For an edgy look, add layers to the bob.

Pick the right length for yourself–if you have a long neck, don’t go for a very short bob to avoid the bobble head look. If you have a short neck, a longer shoulder-length bob will add length to your neck. 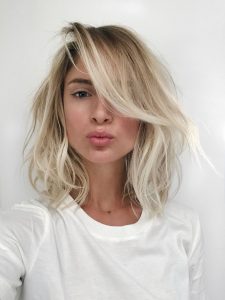 The pageboy cut is similar to a long bob, but the hair is worn in a curved fringe at the front. On the sides, the hair goes below the ears and turns under towards the back. This cut is a great option if you’re looking to add an edge to your look and you can experiment by wearing this style with the ends turned out. You can wear this style shoulder-length if you’re not ready to give up on length. For added texture, add razored layers to a short cut.

Be it for Mango or Pantone Year 2021: Are You Carrying Correct Yellow?

5 Glam Hair Styles You Can Rock Using a Hair Straightener

How to Pick Best Hair Color for Your Skin Tone