Game of Thrones star, Sophie Turner and musician, Joe Jonas surprised their fans as they got married in Vegas.

Sofie turner and Joe Jonas got married in Vegas in the Little White Wedding Chapel. This wedding was way different than the elaborate affair that Priyanka Chopra Jonas and Nick Jonas had.

The bride, Sophie Turner was in white as per the ritual but she wore a very chic and elegant and at the same time casual jumpsuit. The jumpsuit had spaghetti straps and a plunging neckline.During the wedding, Sophie also wore a sheer white veil in accordance with the ritual.

It’s safe to say that Sophie has been the most chill bride, we’ve ever seen. Wearing her chic jumpsuit, without giving any damns to cliched wedding pomp and show.

The groom, Joe Jonas looked dapper in his grey double-breasted sharp suit. He paired the classic suit with a crisp white shirt and added white flowers to his jacket to match his wife’s (Sophie Turner) dress. 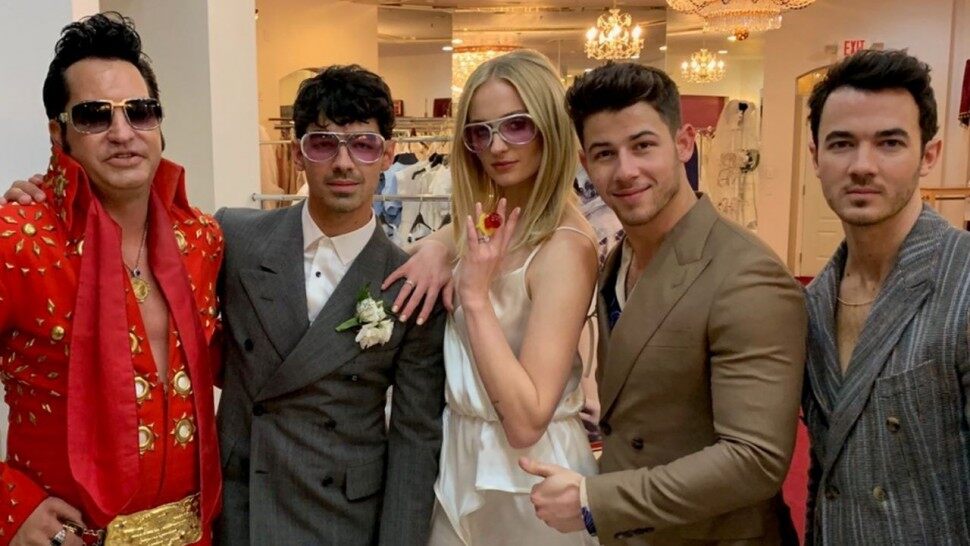 The best men at the wedding, Nick and Kevin looked handsome at the wedding as well. Priyanka Chopra’s husband, Nick Jonas wore a khadi coloured suit for the wedding with a white shirt.

The wedding was so instant that Kevin, the third brother from the band was in the same clothes as he wore at the Awards.

Priyanka Chopra too ditched her couture gown from the night for the casual wedding. She was seen wearing a simple white top with a pair of black and white striped palazzo pants.

The wedding was so casual that the couple exchanged candy ring pops at the wedding and had matching Elvis shades on during their wedding. 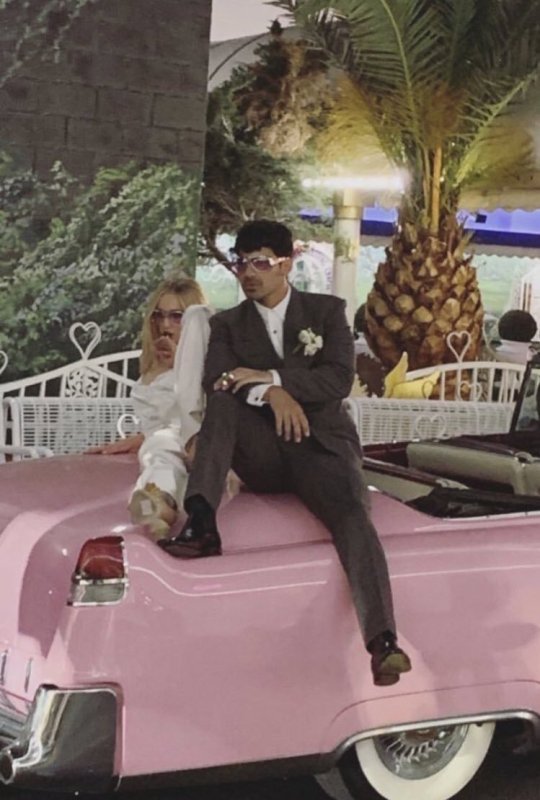 Then the day after  the newlyweds spent a “honeymoon night” at the exclusive San Vicente Bungalows in West Hollywood, where Turner was spotted wearing a white “Just Married” sash over a white hoodie. 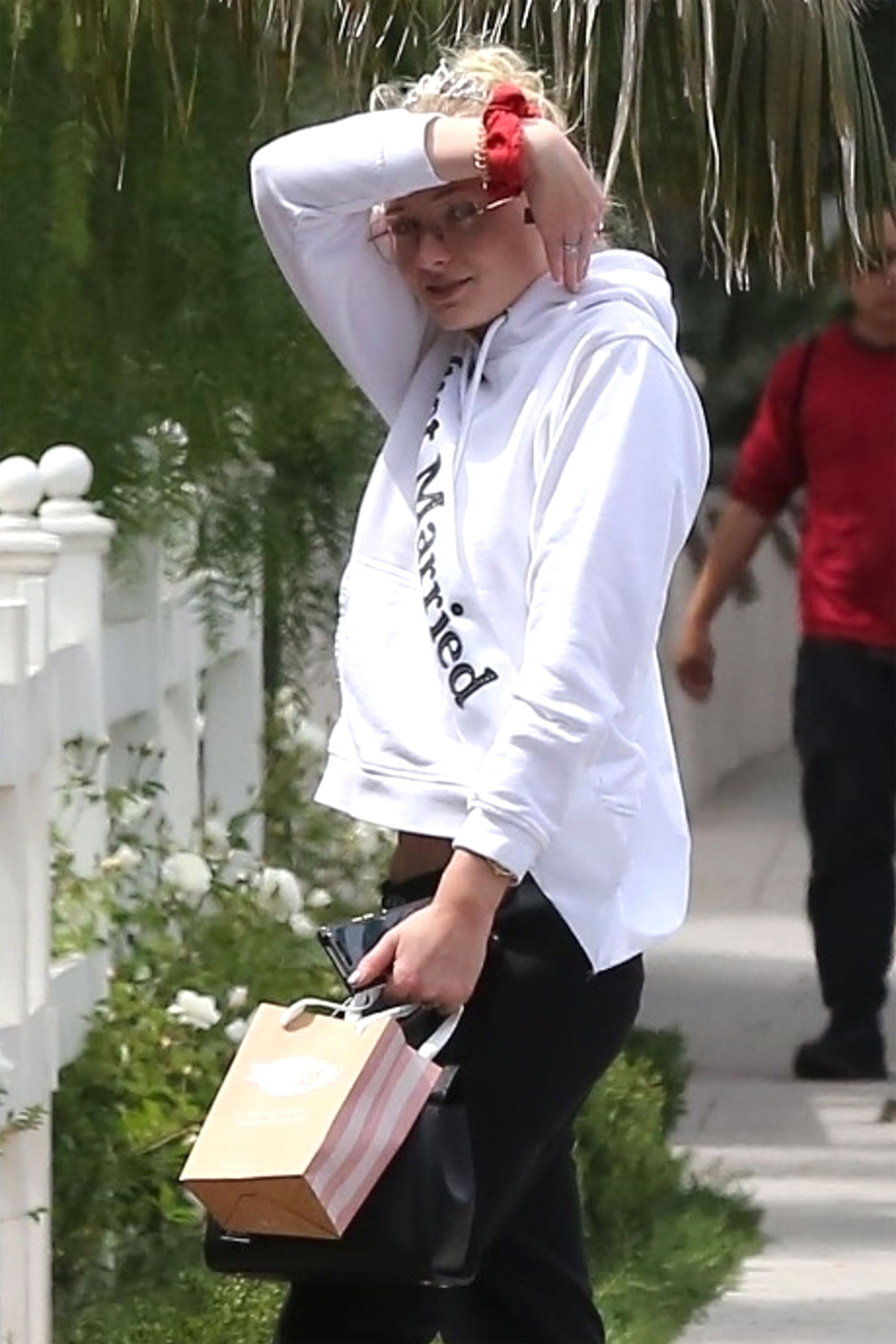