Sonam Kapoor Ahuja just debuted on the Cannes 2019 red carpet and it will be an understatement to say that the diva slayed us all with her powerful appearance. For her red carpet appearance, Sonam came dressed in an all-white ethereal look. Her ensemble was designed by Ralph and Russo.Channeling fierce boss lady vibes, she wore a gorgeous couture tuxedo, which featured a eminent plunging neckline.

The red carpet makes a fine platform for Sonam Kapoor Ahuja to show off her sartorial prowess. But instead of picking a voluminous gown or a hybrid version of a lehenga, the actor surprised everyone by opting for a tailored suit.

Sonam wore this bold white outfit for the premiere of Quentin Tarantino’s Once Upon A Time in Hollywood tonight at the Cannes Film Festival.She wore the blazer with tailored straight pants.

She added a dash of elegance with a belt on her waist which was adorned with a stunning train, managing to give us a breathtaking train moment. While she was going for a powerful look, she kept the train that gave the element of drama. 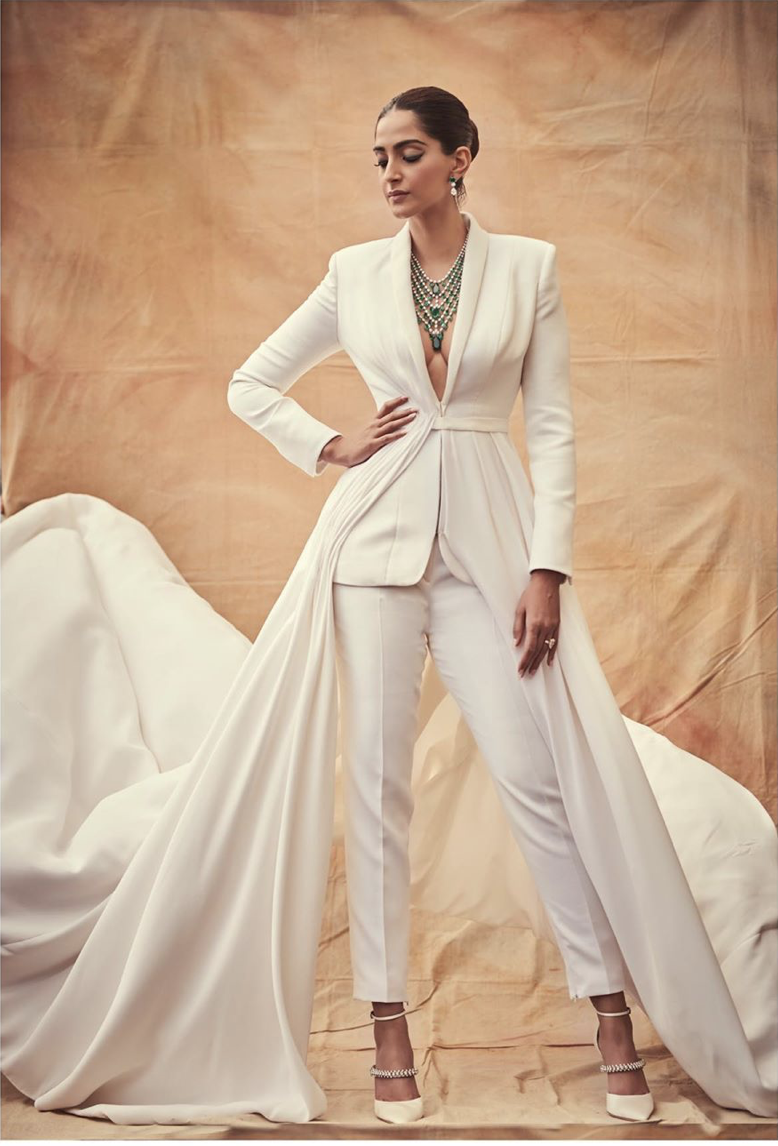 Sonam Kapoor Ahuja skipped the shirt inside, instead choosing to accentuate the plunging neckline with a multi-tiered emerald necklace by Chopard that beautifully offset the white tuxedo. She amped her ensemble by adding strapped white embellished pumps. With hair tied in a sleek bun, cat-eyes with a stroke of dark kohl, nude lips, dewy make-up and a hint of blush on her cheeks, Sonam went all-glam for her fierce outfit.

The piece took a total 495 hours to create.Out of the 495 hours, 115 hours were dedicated to pattern cutting, and the remaining 380 to fittings, sewing and alterations.

Earlier, she made her debut at Cannes 2019 in a red dress by Valentino. She had fresh face makeup with nude pink lips and beautiful eye makeup. She also transformed into a Modern Maharani for a Chopard party in Cannes. Later, the actor wore a neon yellow gown by Ashi Studio. The flared off-shoulder gown was paired with matching stilettos. 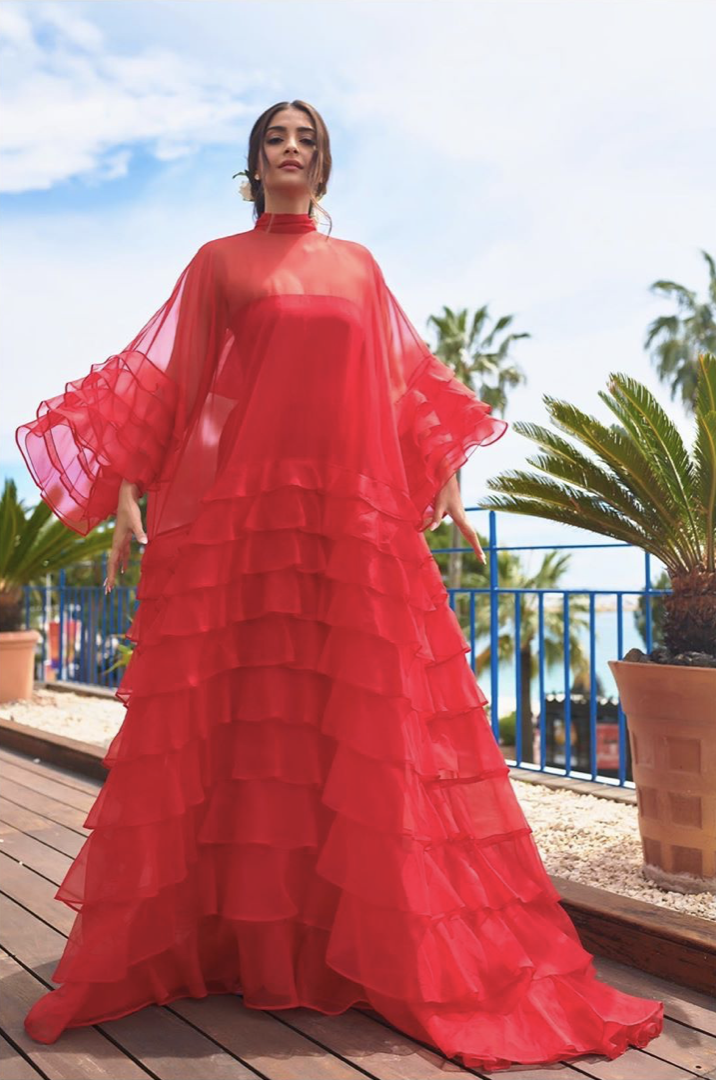