Home Celebrity Pamela Anderson Comes Out In A Dazzling Dress At A Club Opening... 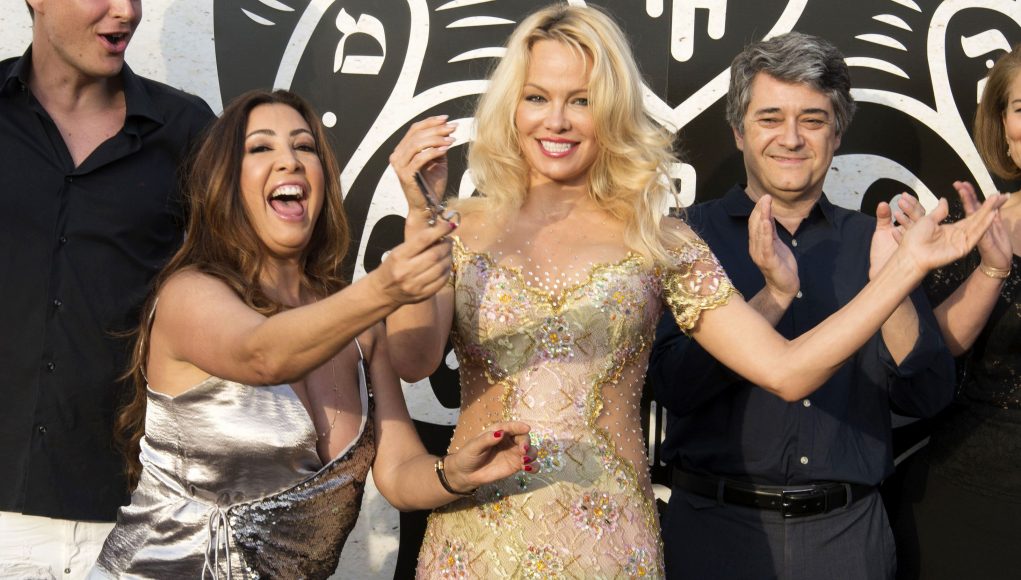 Pamela Anderson draws attention wherever she goes, this time in a soaking dress.

The Baywatch beauty took her headline-making style to Marbella, Spain. Here she had some beach fun on Saturday as she attended the opening of the new exclusive club Playa Padre.

Over the weekend, the 49-year-old actress and model stepped out in a dazzling dress. She was there to celebrate a club opening in Marbella, Spain. Anderson wore her blonde hair down with a bright red lip, drawing everyone’s attention to her sparkly dress. She appeared to be having the time of her life as she cut the ribbon at the new business alongside Maria Bravo. Bravo’s Instagram account is riddled with photos of the actress fresh out of the water — and partying in her soaking wet duds. The outing comes just one week after Pamela Anderson stepped out at the famous festival looking almost unrecognizable. The actress attended Formula 1’s Amber Lounge Fashion show in Monaco wearing a sleek sexy gown, before her visit to Spain. The 49-year-old wasn’t afraid to let her hair down at the event, and frolicked in the sea while wearing a glittering gown. The floor-length dress boasted deep, sheer cutouts at the sides, back and shoulders.

Over the past month Anderson has made appearances all over the world. A few weeks ago she stopped by the Cannes Film Festival before jetting to Monaco for a fashion show. She’s also been traveling to London a lot recently to visit her rumored boyfriend, Wikileaks founder Julian Assange. In a recent interview she said “Let’s see what happens when he’s free,” on a Swedish television talk show. “But you know I spend probably more time with him than any other man socially, which is very odd.” She told People magazine: “Julian is trying to free the world by educating it. It is a romantic struggle – I love him for this.” Although Anderson has described her relationship with Assange as “challenging.” Despite this she has continued to spend time with the WikiLeaks founder because she enjoys the deep conversations they have together. “We talk about the world,” she previously told PEOPLE. “He’s a very good teacher.

Julian is one of my favorite people. He is a refugee. He might be the most famous refugee of our time — famous for being persecuted.”

Pamela Anderson and her fashion evolution just keeps getting better.