Home Cosmopolitan Impeccable Starts From Him! 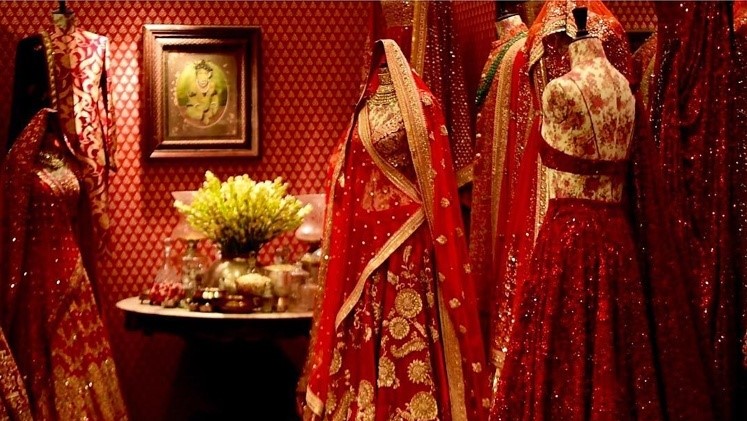 Style is a way to say who you are,

without having to speak

Sabyasachi Mukherjee, is a beathtaking designer from Kolkata and he is one of the most respected designer of our country. He designs what makes you look dreamlike. He is a designer merchandiser  the label ‘sabyasachi’, since 1999, after his graduation from NIFT, Calcutta. He has designed costumes for many bollywood movies such as Guzaarish, Babul, Laaga Chunari Mein Daag, Black, No One killed Jesica, Paa, Kahani, English Vinglish, Raavan and many more. People stalk his designs and keep an eye on all his upcoming projects. He has his flagship stores in USA, Dubai, London, Kolkata, Delhi, Mumbai and Hyderabad. His costumes are a treat to your eyes, that leaves you spellbound.

He pioneered the use of Indian textiles in a modern context. His unique contribution was the use of indigenous methods like bandhani, gotawork, block printing, hand dyeing etc. When a bride goes through his collection, she explores more than just a costume. She explores the designs and colours that defines her personality. From zardosi to embroidery to brocade, you name it and its there. Before you imagine your wedding outfit, its there in Sabya‘s mind. Every Sabyasachi bride is an eptiome of elegance and this is all due to his majestic designs. He launched a range of elegant jewellery designs in association with the GAZA brand in the year 2008. Initially. He use to design dresses exclusively for women but later he introduced exclusive menswear in the year 2009. The Designer has also started the kids wear line under the label CHOTA SABHYA. His collections depict his love for traditional outfits. Though he is not behind the squad in designing perfect western cotumes as well. According to him, fashion is a non verbal language. It would not be wrong to say that his designs speak volumes. Dress shabbily and they remember the dress,

dress impeccably and they remember the woman.

So, dress like a queen to reign over your empire.