Well the Duchess of Sussex has a reputation for doing things her own way. After much speculation on whether Meghan Markle would have her child at home or at a hospital, the Duchess of Sussex officially gave birth to baby boy at an undisclosed hospital on May 6, 2019. Unlike the other Royal parents, Meghan and Harry have already enjoyed some quiet time with their little one, choosing not to present him to the public right away.

For the cameras, the Duchess of Sussex chose a white Grace Wales Bonner dress.Meanwhile, Harry wore a suit while cradling their newborn. Harry is set to fly out to the Netherlands on Thursday, so this photo-call came just in time. Meghan has no publicly scheduled events on her calendar yet as she is on maternity leave.

Obviously, Meghan’s first appearance after giving birth was very different from both Kate Middleton’s and Princess Diana’s. Kate posed for photos while holding her newborns outside the Lindo Wing just hours after giving birth to all three of her children. All three times, Kate chose dresses by Jenny Packham for her post-baby appearances. 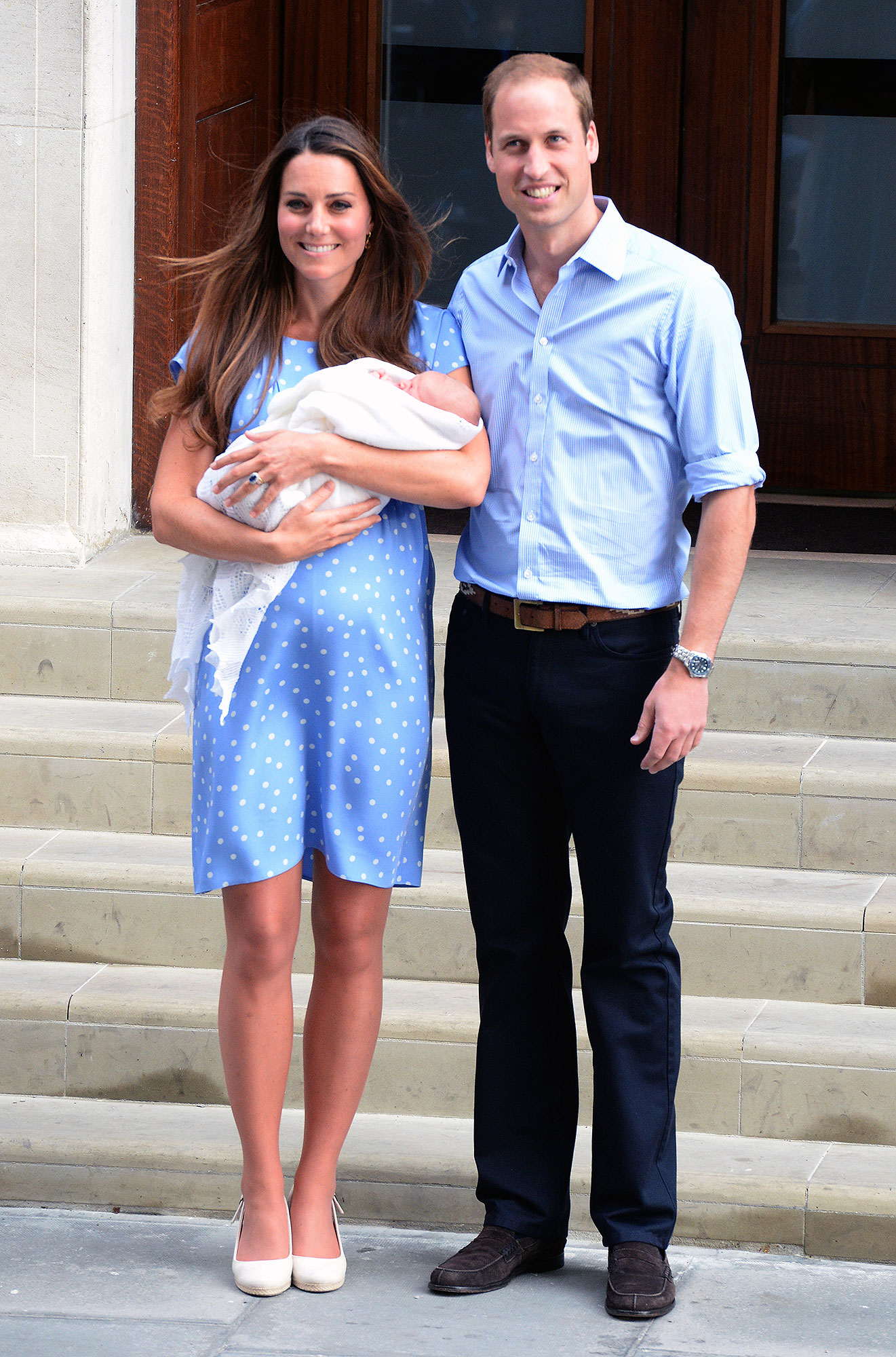 Similarly, Princess Diana also gave birth to Prince William and Prince Harry at the Lindo Wing and stepped out with her newborns right after.

In comparison to her sister-in-law, Meghan’s look was more contemporary and daring—a fitting choice given her decision to depart from tradition in some many ways with regards to her new bundle of joy.

Meghan  stuck to her signature style, choosing a Grace Wales Bonner dress, which was similar to her past looks, and Manolo Blahnik pumps.

Royal mothers including Princess Diana and Kate Middleton presented their children to the world by stepping out of the hospital after their births. Following Prince Louis’ birth last year, Kate made an appearance outside of the hospital a mere seven hours  later, though fans criticized her for setting unrealistic standards for new moms.

The couple came to the decision not to pose outside the hospital, as Kate Middleton and Princess Diana did after all of their children were born, after Meghan Markle said that she felt uncomfortable with the idea of a staged photo call so soon after giving birth.

It cannot be denied that no matter how well you’re coping with being a new mother, the pressures to face the world perfectly coiffed, hours after birth, can add both physical and mental stress to this time.