Happy Republic Day: It’s time to have a look over all big fashion trends which our country has celebrated over the years

The entire team of Style Gods wish you all a Happy Republic Day. A day of pride for all Indians as 2019 marks 70 years of the constitution which were made to make our country a better place. A lot has changed over the last 7 decades and so has the fashion industry in India. Like all major fields, Indian fashion and clothing. Indian fashion and clothing to have seen a lot of highs and lows and the fashion we see today is totally transformed than what we started with. Salwar Kameez and various other traditional ethnic clothes like the lehenga, sherwani, lugda, lungi and khadi clothes like the Nehru Jacket etc. started out as our wardrobe staples. 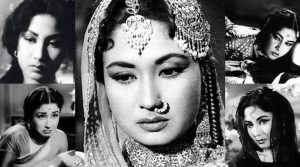 The 1950s were called the golden era of Bollywood. India had just gained freedom from the British and while the aesthetic had heavy Western influences, there was a strong flavour of revolution and patriotism. Saris with short, puff-sleeved blouses were all the rage. Hair was worn in graceful buns, with pearl becoming a staple piece of jewellery. 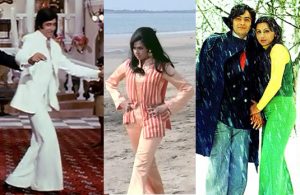 The ’60s was the time when Indian women finally started embracing fashion and developed an understanding of its nuances. Big poofy hair, the Sadhna Hairdo, along with the famed winged eyeliner marked its presence and went on to become a major fashion trend. The tight body hugging and colourful kurtas were must for wardrobes. 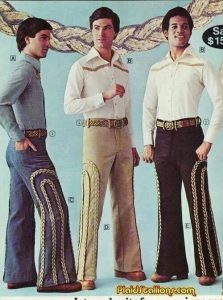 Every woman had a cowl neck sweater and bell sleeves top in her closet. One of the significant trends in the 70s was bell bottoms and bell sleeves. Women were seen donning mini bell sleeve dresses. Oversized and colourful sunglasses, worn to justify the hippy culture. 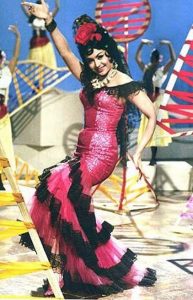 The frills, the neons, the fruity accessories were proudly displayed, colours like browns and tans and oranges were hits of wardrobe. High waist pants and trousers were a thing for both men and women. Shimmery disco skirts and dresses with glittering headbands were in full power. 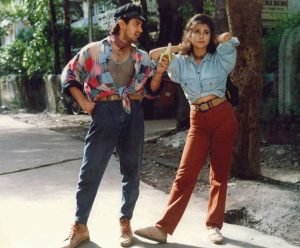 Around this time, embezzling hairstyles with lots of metallic and pearled jewellery became a popular trend of ’90s. Indians started winning international pageants, the girls at home started dressing bolder. Tight jeans and baggy shirts tied up at the waist was the style that inspired every women to get bold. 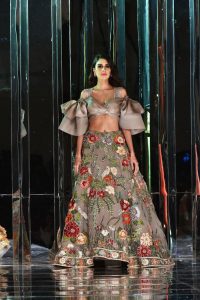 The past couple of years have been incredible for the Indian fashion industry. With world famous brands such as Armani, Prada, Dior, Versace etc. finding their way into the country and more and more Indian designers like Manish Malhotra, Manish Arora, Sabyasachi, Ritu Kumar, and Ritu Beri introducing both a traditional and modern range of luxury, traditional outfit which the world is loving.