Beauty often operates in paradoxes.Ads are embracing this unconventional idea of beauty and finally are more reflective than ever of the women buying the products they’re selling. Still, there’s one ideal that hasn’t been challenged in a big way yet, and that’s the idea of “perfect” teeth. Until now. 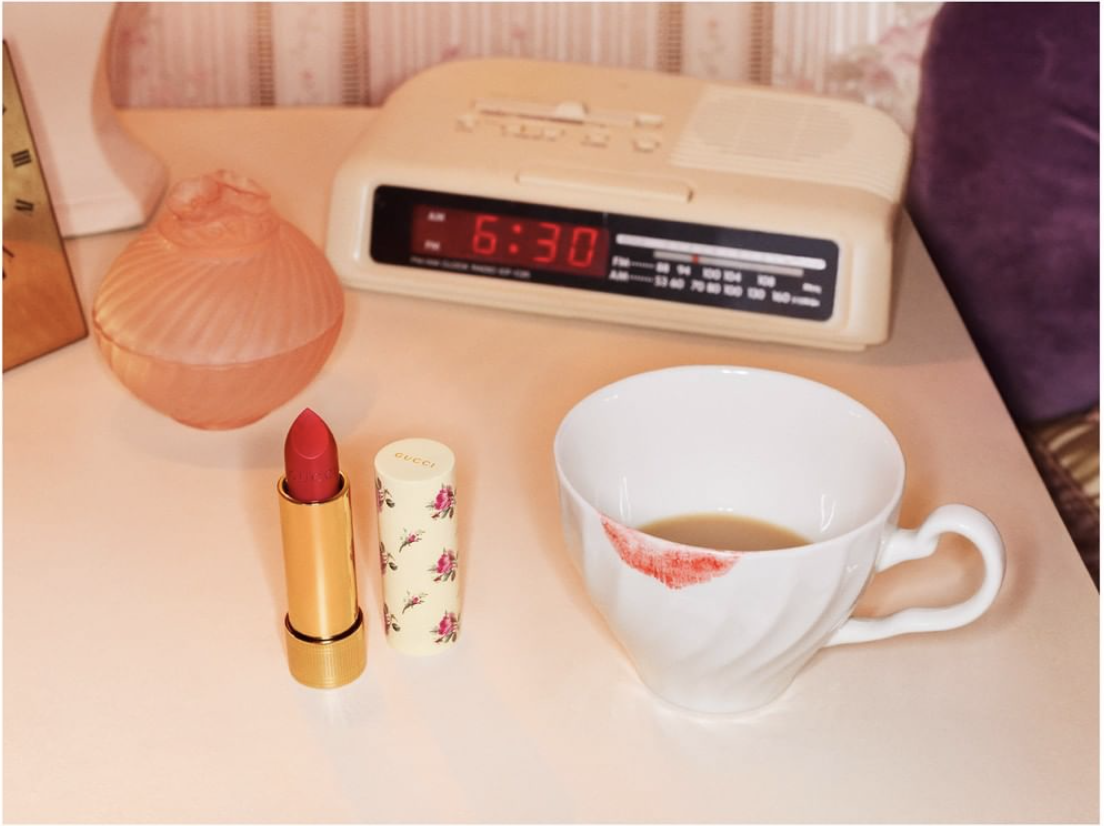 Gucci Beauty’s new campaign for the launch of 58 lipsticks—the brand’s first cosmetics launch under creative director Alessandro Michele—aims to flip the script on what’s considered conventionally beautiful. According to the brand, Michele’s vision for the line is to represent complete liberty and self-expression, and the campaign “conveys a clear message that authentic beauty lies in imperfection.”

The campaign features four print images, a closeup on each of four models, as well as a video inspired by eighties infomercials. The most attention-grabbing of the bunch is a close-up of model and singer Dani Miller’s teeth, which have large gaps that she proudly displays in a smile. 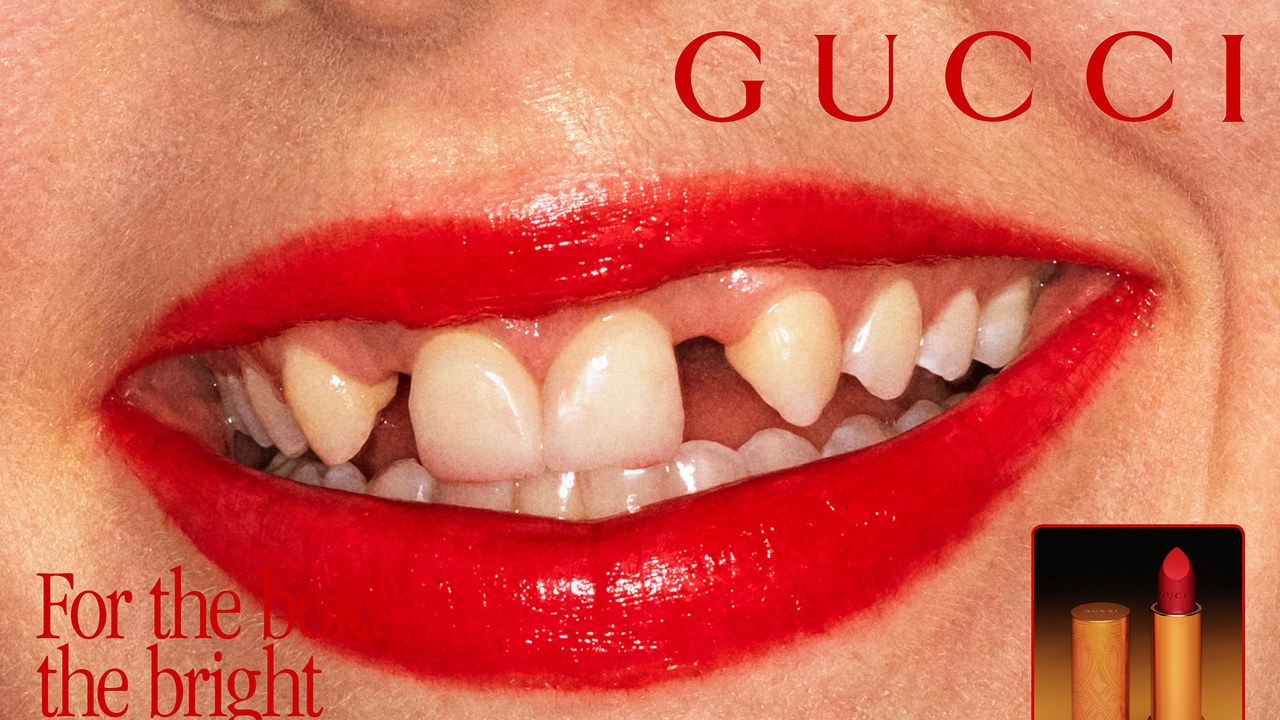 “I hope the ad inspires and reassures people around the world to find confidence and know that it’s okay to be themselves even more,” she says. “Let go of the pressures of traditional beauty and perfection. Your unusual features are powerful and beautiful. Ignore the haters. Embrace your inner freakiness, your authentic self. You are so beautiful and a bright shining star, and you never have to hide or feel unworthy ever again.”

Gucci designer Alessandro Michele called the ethos of the collection “positive absolute liberty.” In a press release obliquely referencing his choice of images for the ad, he said, “The idea of the campaign is to create a representation that is close to reality with a humanized point of view, however seemingly strange. But the strangeness is human so it’s beautiful.”

The ad made its debut on Instagram, it got mixed reactions some of the people loved its uniqueness while others were rather shocked or ’freaked-out’.Part of the shock factor and discomfort stems from the subtle signifiers that perfect teeth and luxury tend to convey wealth, good taste, and privilege. Do imperfect teeth destroy the fantasy of luxury, or will they make a $38 lipstick seem more accessible.

It’s inspiring to see such a joyful display of unconventional beauty, especially coming from one of the largest and most prestigious fashion houses in the world.The other three images feature more real and raw poses uncommon in beauty ads, such as snarling and a model sticking out her tongue, rather than a forced smile or a sexy pout.