From bell-bottoms to the classic salwar kameez, and from high-street shoes to bold chokers.

Ever since the advent of Hindi cinema in the 1930s, Bollywood and fashion have gone hand in hand. Bollywood actresses have always set the bar for fashion in the present as well as in the past. Our films have influenced the sartorial sensibilities of generations. From 1960s to the present decade, fashion evolution of Indian women has changes tremendously.

Here is the look at the fashion evolution of Indian women through some notable trends of Bollywood. 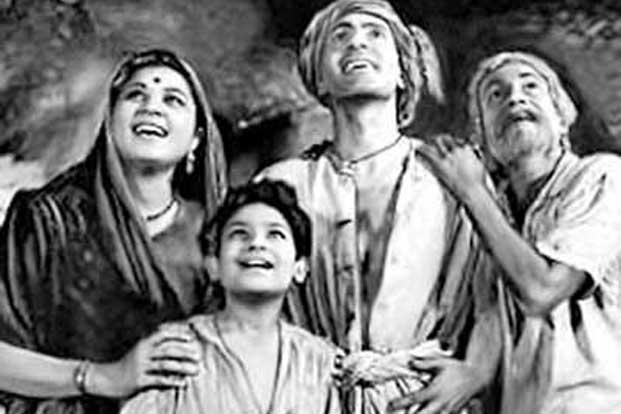 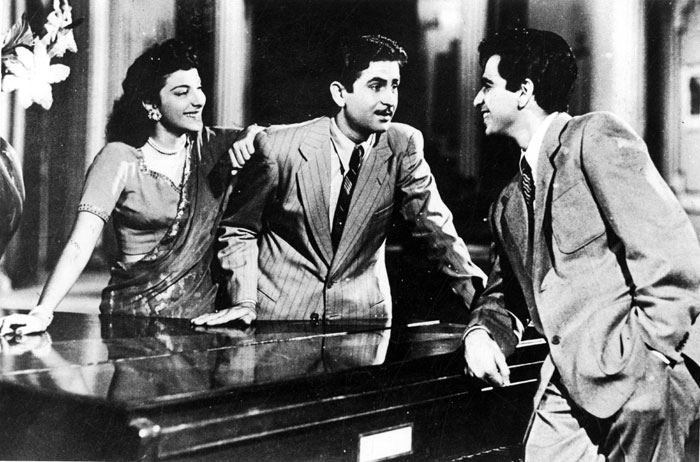 In 1950’s the fashion was modest, understated and formal.Most movies were shot in rural settings, with the men clad in dhotis and women in ghagra-cholis.The few films featuring urban characters were inspired by European fashion, with dapper suits for the men and elegant sarees for women. Hairstyle was neat and majorly buns and pearls were the staple piece of jewellery. 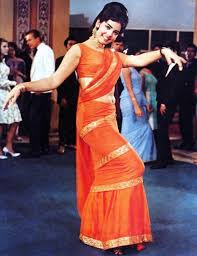 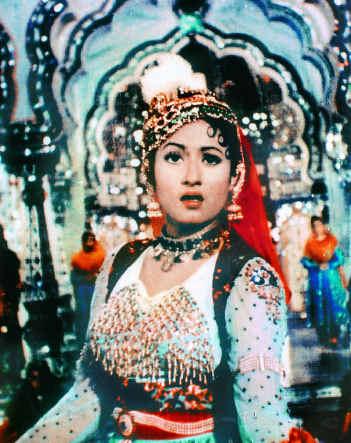 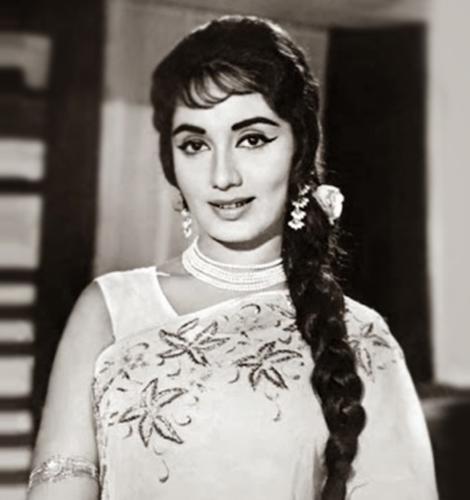 The 1960s are perhaps best remembered as the decade that gave us the anarkali kurtas worn by Madhubala in Mughal-e-Azam. 1960s underwent many changes in dressing, both for men and women. Colors, styles, hairdos – everything evolved. While the iconic film Mughal-e-Azam showcased heavy, opulent jewelry and dresses, movies like Brahmachari had shorter blouses and tightly-draped saree that became the trend in that era. The fringed hairstyle that is to date called the ‘Sadhana cut‘ in honor of the actress who popularized it. 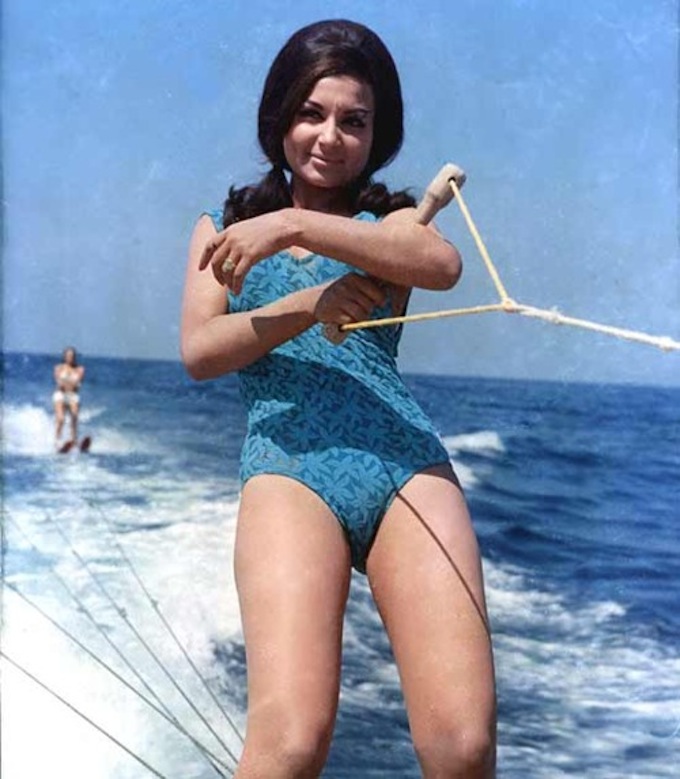 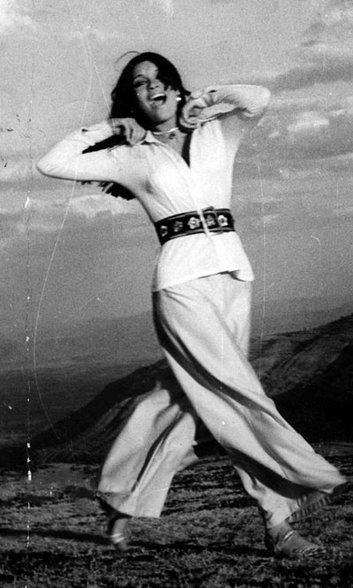 It was decade of experimentation with bright, bold pieces, like polka dotted crop tops, mini dresses and colorful saris. This decade also saw a new trend of thigh-high slits and bikinis. In makeup, the winged eyeliner prevailed. The 70’s was all about offbeat fashion trends. It culminated in some of the best elements of the 60s and perfected or exaggerated them. Every woman had a cowl neck sweater and bell sleeves top in her closet. One of the significant trends in the 70s was bell bottoms and bell sleeves. Women were seen donning mini bell sleeve dresses.The late 70s also saw the advent of disco culture and style. The disco trend again paved the way for oversized and colourful sunglasses, worn to justify the hippy culture. 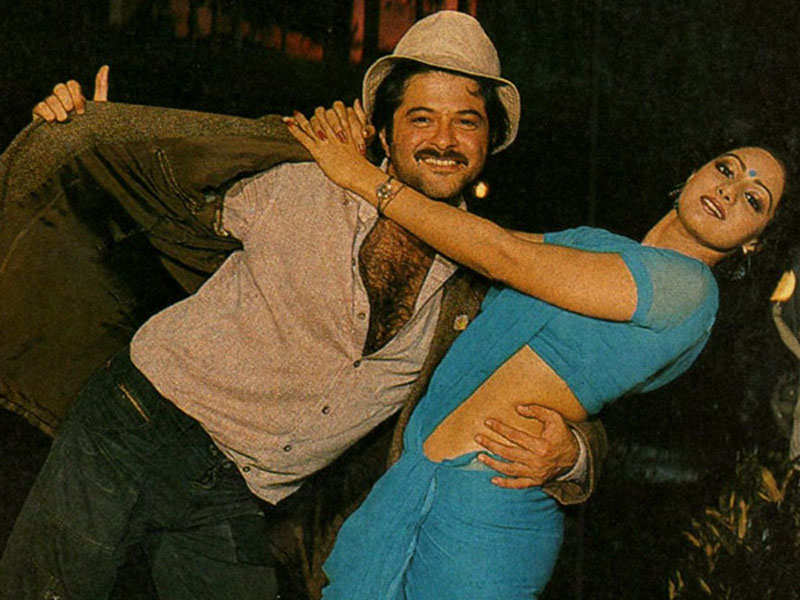 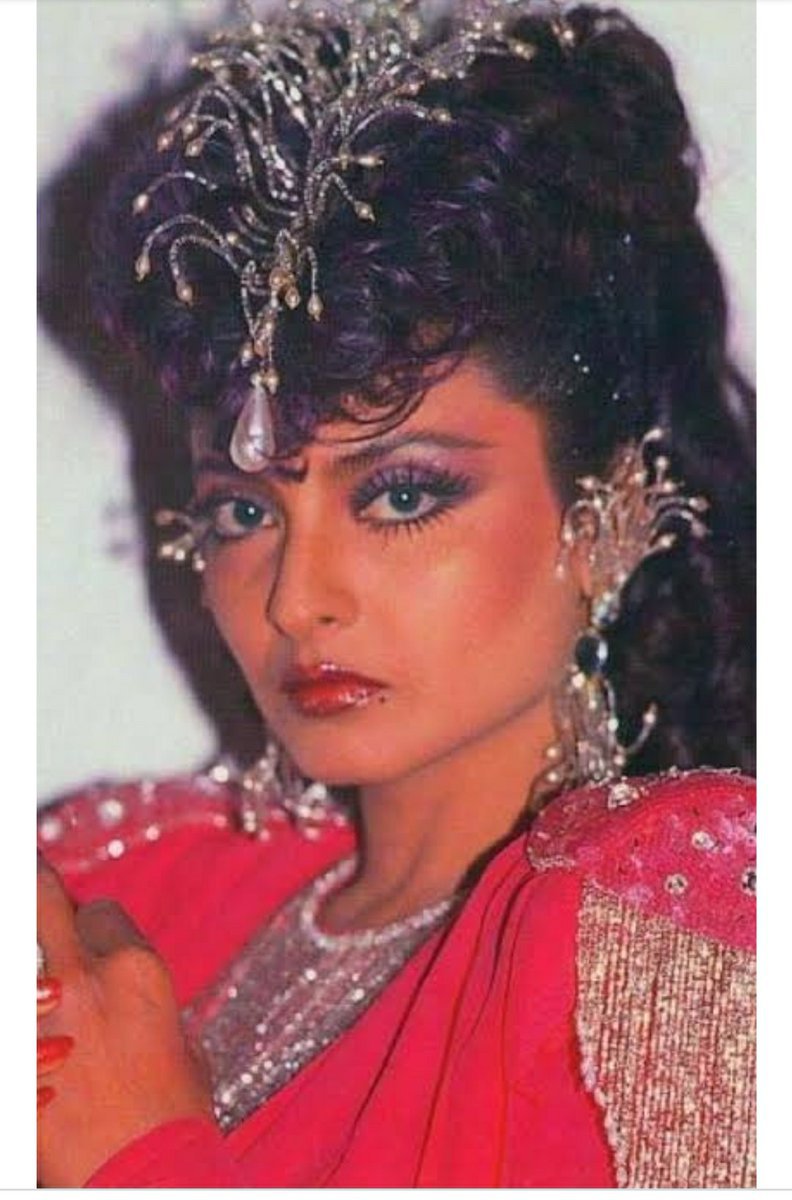 The transition from the  aberrant 70s to the expressive 80s was smooth, fashionable and stylish. Shoulder pads, chunky accessories and an overdose of metallic colours made the Bollywood fashion gaudy and over the top. It is also remembered as the decade that ushered in sheer materials such as chiffon. The 1980s were also notable for the emergence of the first generation of Indian fashion designers such as Rohit Khosla and Satya Paul. One can’t remember this decade without the mention of Disco Dancer and its the glittery silver and golden costumes. Hairstyles involved double braids, loose curls and buns. 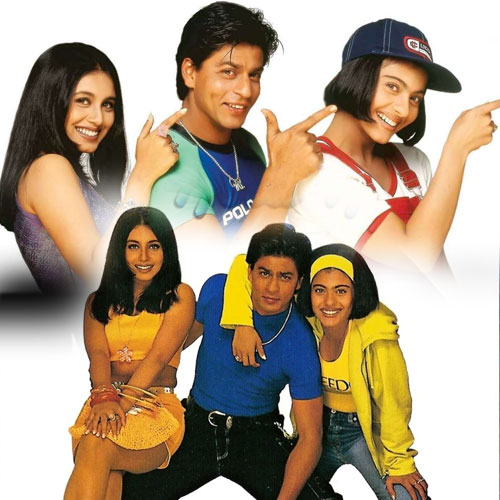 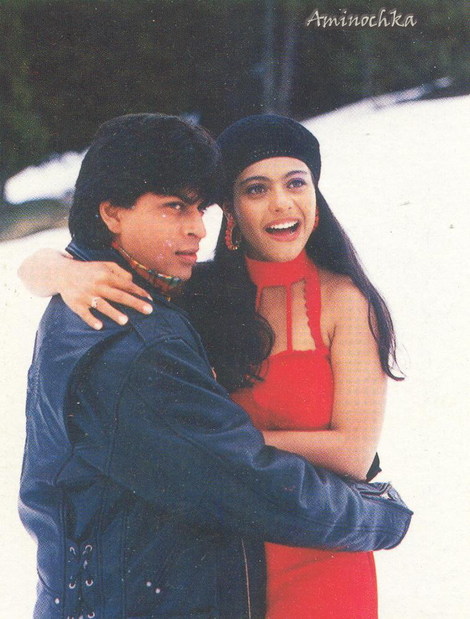 The 1990s saw pants give way to skirts, and flaunting skin was no longer taboo. The saree, however, continued to rule. The first half of 90s was all about ethnic-wear – long sleeves and sheer dupattas with short blouses. During the later half of the decade, things toned down with crop tops, shorts, off-shoulder, halter necks and denim overalls.Movies like Kuch Kuch Hota Hai and Dil To Pagal Hai introduced the trend of athleisure. The 90s Bollywood fashion has been responsible for some of the latest western fashion trends in India that are prevalent even in this decade. 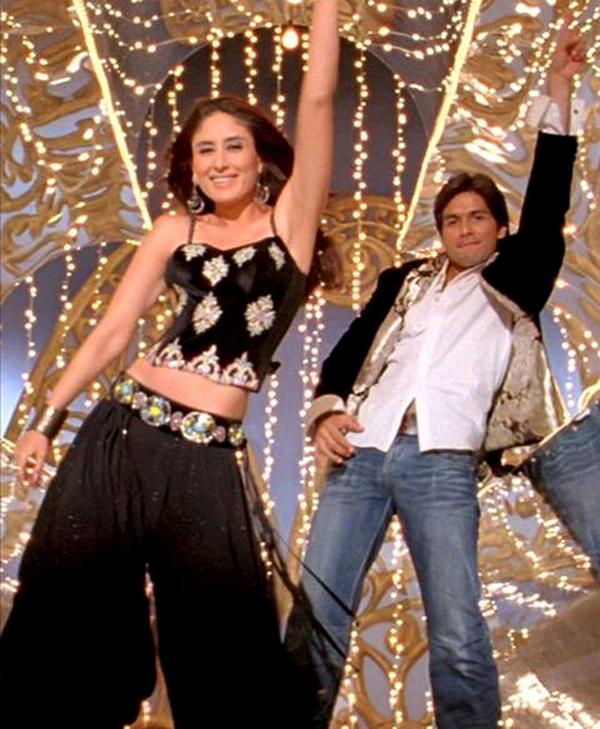 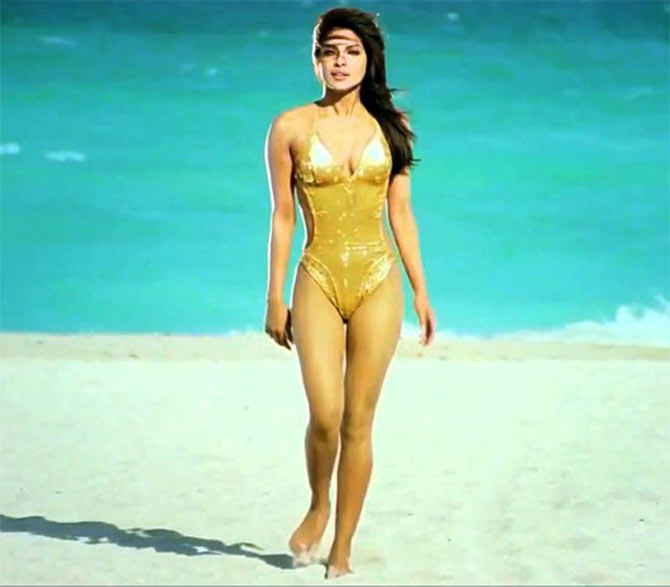 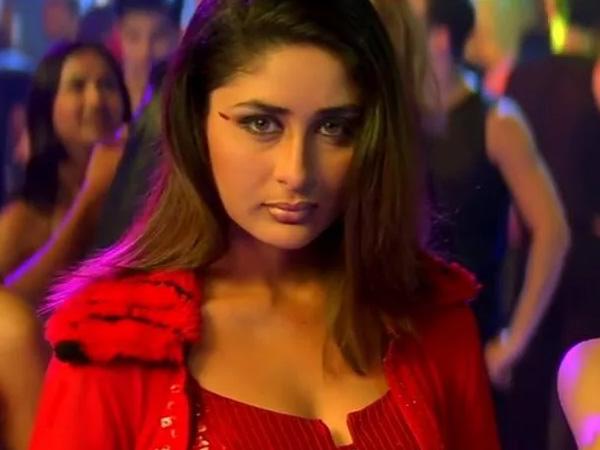 Going from sexy chiffon sarees to the girl-next-door tees and jeans, the 2000s focused on wearability and latest dresses. Bollywood fashion became all about crop tops, bikinis, tees paired with palazzos, shorts and micro-minis. The bikinis had underwent and drastic sexy change. With specific ‘looks’ being designed for characters rather than the actors portraying them, we see an eclectic mix of ethnic and western styles. 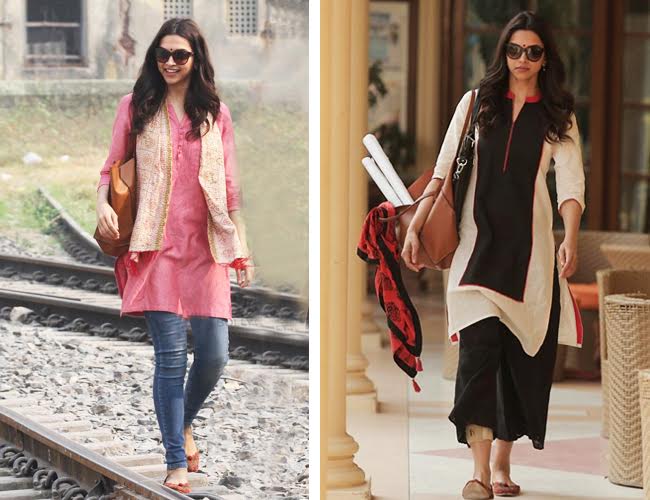 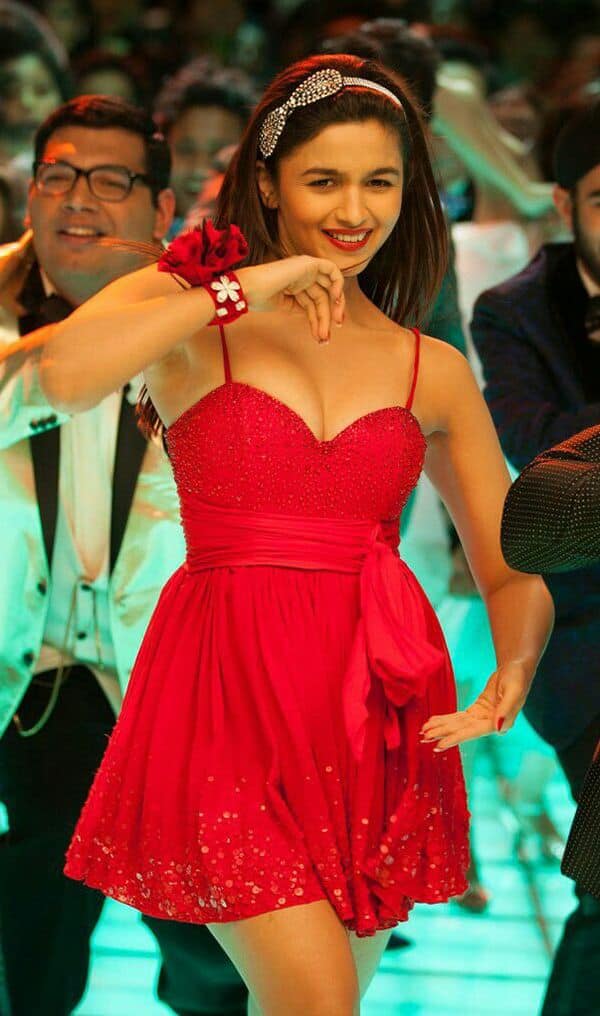 From short-shorts or skirts to strapless gowns, this decade is witnessing the unfurling of vivacious fashion statement. Not only the female character but also their outfits depict women empowerment. Recently the bass-lady attire has been very influential.Today, exclusive designs continue to rule Bollywood fashion, with trends changing almost as often as films at the box office. Even when a film fails to enthrall audiences, its fashion quotient is often worth noting.