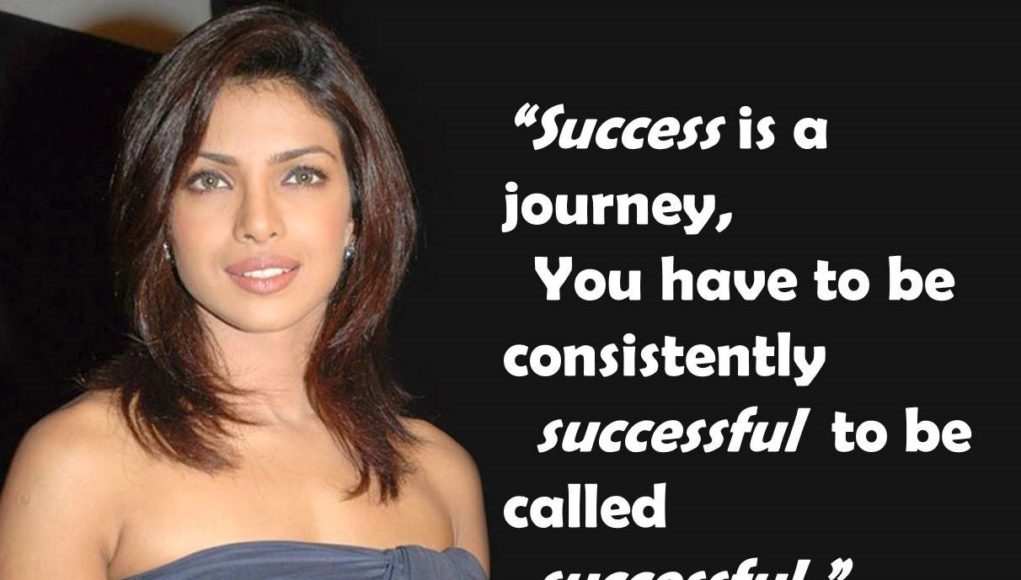 “Fashion is about something that

comes from within you” Whenever it comes to fashion and the trends, we always that one person in our mind, who is always modish in whatever they wear. In India, stereotype exists against dusky or dark coloured people. Priyanka Chopra is fashion savvy and always astounds everyone with the way she carries herself.

“Fashion is a way of speaking who you are,

without having to speak anything.” Priyanka Chopra is no exception, even before the time she embarked her journey into the world of fashion, she faced racism and had been ridiculed and biased for her skin colour. This made her low on self esteem and resulted in lack of self confidence. Her journey had not always being a bed of roses, she had all those up and downs in her carrier like anybody does have. That’s why she returned to India after her schooling in US for three years.

“I was a gawky kid, had low self-esteem, came from a modest middle-class background, had white marks on my legs … But I was damn hard working. Today, my legs sell 12 brands.” It was to her surprise, when she got selected for Miss India Pageant after her mother, Madhu Chopra had secretly sent her photos there.

in anything I do, After covering this milestone of her life, she was to make her debut into Bollywood with Abbas Mustan’s romantic thriller Humraaz, which fell through for various reasons.Later on, she finally made her bollywood debut with Anil Sharma’s The Hero: Love story of a spy. She was aprreciated for her role for this as well as for her very next movie, Andaaz. Life is not always good to you, but it can never be the same all time. After constant flip-flops in her carrier she came up with some really good movies namely Fashion, Kaminey, Whats your Raashee?, 7 khoon maaf, Barfi!, Mary Kom, Dil Dhadakne Do and Bajirao Mastani.

“Life’s too good—and too busy—to dwell on..”

Being a philanthropist, Priyanka supports various causes related to a girl child through her foundation “The Priyanka Chopra Foundation for Health and Education”, which works towards providing support to unprivileged girls across the country in the areas Education and Health

“Movies became my profession, but music was always my heart, in a way, my passion.” Priyanka was mainly influenced by her father, Ashok Chopra, whom she attributes to be an incredible singer. Till date, her three single songs have been released, In my city, Exotic and I can make you love me. Her first song as a playback singer in Bollywood was “Chaoro” from Mary Kom (2014).

She has made her debut in Hollywood with Quantico and Baywatch is lined up next.

“I don’t know where I will win,

But I knoe I want to keep moving,

All right, What’s next?” She has received numerous awards, including a National Film Award, and five Filmfare Awards, and was awarded the Padma Shri, the fourth highest civilian award, by the Government of India in 2016. The same year, Time named her as one of the 100 most influential people in the world. Priyanka is one the most versatile and high profile celebrities of our country. She is admired for quirky yet classy sense of style. She is also the founder of the production company Purple Pebble Pictures. To us, she is always a reflection of women power and self determination. She is an inspiration to evryone as how any snag cannot held you back in life. She still is and always be who she is now and will always soar high. And not to forget, her fashion sense is something that we really admire because she has actually rocked the world.

“Life’s too good—and too busy—to dwell on..”