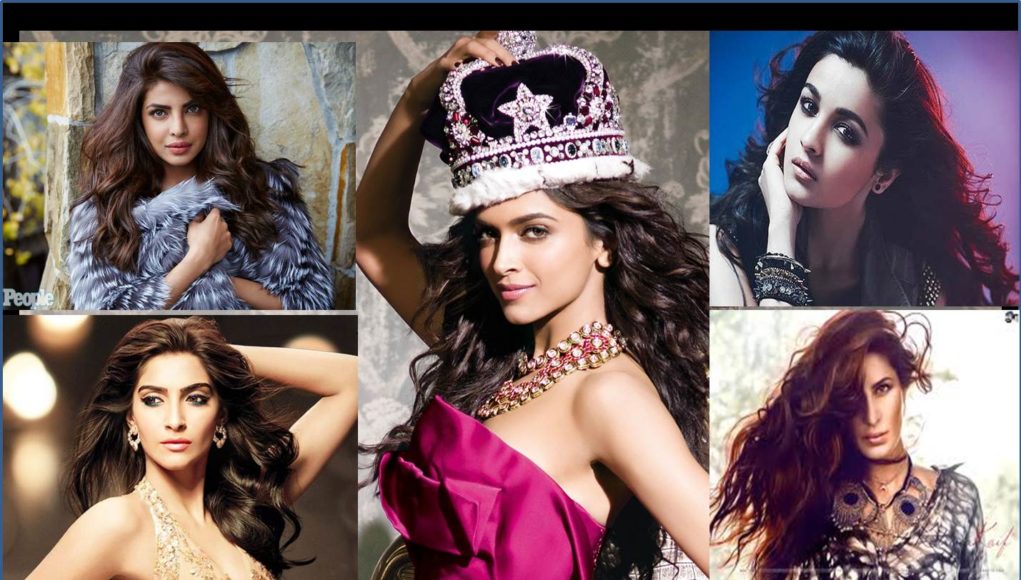 Bollywood queen make the world dance with their charm.

“A thing of beauty is a joy for ever: Its loveliness increases; it will never Pass into nothingness; but still will keep A bower quiet for us, and a sleep Full of sweet dreams, and health, and quiet breathing.” Beautiful Bollywood queens are selected from fashion, movies, music and other arenas. Filled with exquisite women each unique not only in respect of their talents but also in terms of their looks. The one thing linking them together is their beauty that shines through. Bollywood rules everyone’s heart. But what rules Bollywood are the beautiful actresses it has been witnessing ever since. They are queens because of captivating style and beauty that take away everyone’s heartbeats. Not even a single year passes without a new stunning queen coming in the Bollywood town.

Finishing off this year on another high note, Deepika Padukone has been voted as the sexiest Asian women by a British newspaper. Following close is Priyanka Chopra, who has previously been featured on the list four times, ranked in on number two this year. Alia Bhatt, Katrina Kaif and Sonam Kapoor too made it to the top ten of this list.

The task of selecting the “Most Beautiful Queen” out of all these stunners is a daunting job. However several polls,”Most beautiful” lists,etc. have been created to appoint one woman as the “Queen Of Beauty”. Out of the hundreds of beautiful Bollywood actresses, one name has been consistently dubbed as the “Most Beautiful Actress Of All Time”.